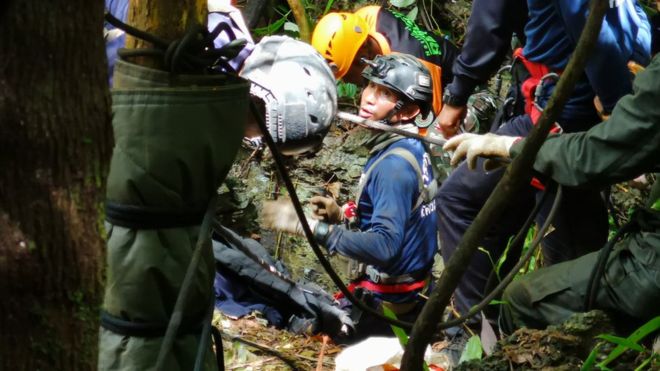 UK and US Search for Thai Football Players in Cave, Chance of Survival Reduced

The rescue team that has been trying to find twelve Thai football players and their coach for days in the cave were reinforced yesterday with British experts and US military personnel.

But the abundant rainfall continues to hinder the search severely. The teenagers have been missing since Saturday afternoon.

After six nights the chances of survival start to shrink. The Thai Prime Minister Prayut Chan-o-Cha came to speak with the parents of the teenagers who camp at the entrance of the cave.

American soldiers and British experts came to the cave complex Tham Luang Nang Non, where the football team is probably locked up. The Americans would have a sonar system that can be used underwater. The divers immediately went into the caves, but eventually had to turn around because it rained too bright.

A park ranger saw some bicycles on Saturday afternoon at the entrance to the caves, which are now inaccessible during the rainy season.

It is presumed that the 25-year-old coach and his twelve players – all teenagers – went in and were surprised by the heavy rain. It is still not clear why they went to the caves.

Published in News, Thailand, UK and US