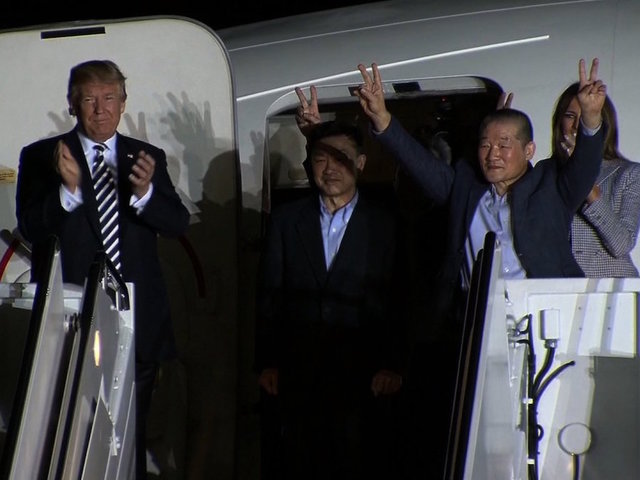 Trump Welcomes Americans Released by North America. US President Donald Trump welcomed Thursday the three Americans released by North Korea. The president, along with his wife Melania, boarded the plane that brought the three to the American air base Andrews at Washington.

Trump interrupted his night’s sleep for the welcome as the plane arrived at a local time around 3:00 am on Thursday morning, published by the 99 News.

The American vice president Mike Pence and his wife also came to the base. The arrival was shown directly on television. Together with the president and Melania, the three went down the flight of the plane.

Pyongyang released the three Wednesday. They are a businessman and missionary Kim Dong-chul and Kim Sang-dok and Kim Hak-song, who both worked at the university in Pyongyang.

The release is seen as a sign of goodwill from North Korea before the planned meeting between Trump and North Korean leader Kim Jong-un.

Published in News, North Korea and US