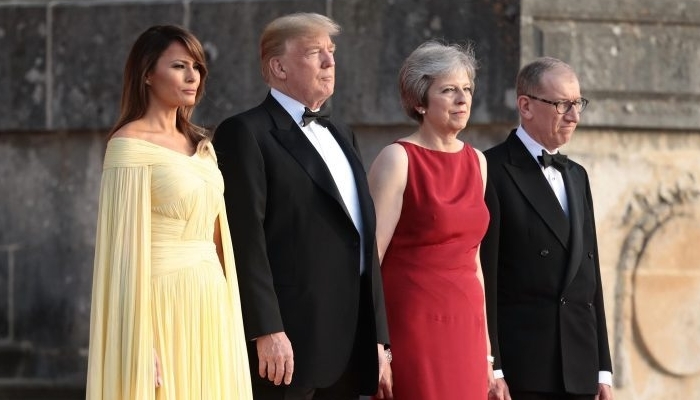 Trump Warns May About Brexit Plans

Trump warns May about Brexit Plans. If the British government executes its plans for the Brexit, it does not have to rely on a trade agreement with the United States. US President Donald Trump makes this warning.

Trump made his statements in an interview with the British newspaper The Sun. The American president arrived in Great Britain on Thursday afternoon for a two-day working visit.

British Prime Minister Theresa May is working hard for a free trade agreement with the US to compensate for a decline in trade with the EU.

On Thursday, May stated in a document its plans for the Brexit. She seems to bet on a soft Brexit. For example, free movement of persons must remain partially possible, and it wants to agree on standards for food and other goods and proposes a customs agreement in which the UK will collect both British and European tariffs.

Boris Johnson
Trump also addressed the departure of Boris Johnson as Minister of Foreign Affairs. “Johnson is a great representative of the United Kingdom, he would be a good prime minister,” the president declared.

Trump out of further criticism of European migration policy. “Letting millions of people to reach to Europe is very, very sad,” he says. “You lose your culture.”

Published in UK, US and World