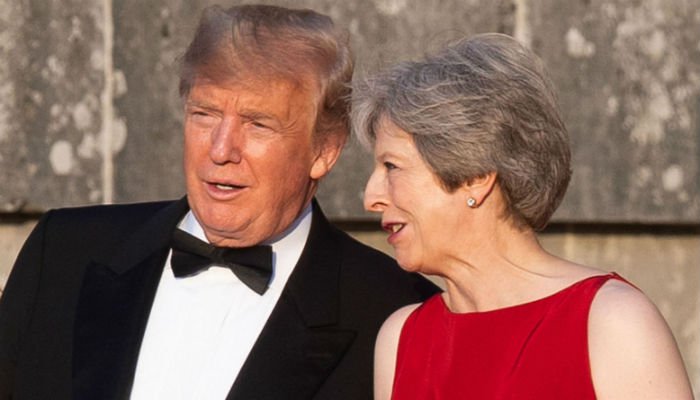 Trump contradicts criticism Brexit plans May. US President Donald Trump opposes the previous criticism of British Prime Minister Theresa May and her plans for Brexit.

He calls the interview with The Sun in which he warned the British government that they do not have to count on a trade agreement with the United States if the plans for the Brexit are executed ‘fake news’. He said that Friday at a joint press conference with May.

The interview has been recorded, says Trump. The American president arrived in Great Britain on Thursday afternoon for a two-day working visit.

May said during the press conference that she agrees with Trump that the trade agreement will continue. Both world leaders get the best ties between the countries.

“The United States is looking forward to closing a great bilateral trade deal with the United Kingdom,” Trump assured Prime Minister May. “This is a big possibility for both countries that we will take full advantage of.”

Trump thanked May for the “fair trade”. “The UK may have left the EU, but whatever you are doing is okay, if we continue to trade in the future.” Trump calls it a “shame” that the EU would abuse the US.

On Thursday, May stated in a document its plans for the Brexit. She seems to bet on a ‘soft Brexit’.

For example, free movement of persons must remain possible in part, if it is to reach an agreement on standards for food and other goods,

and it proposes a customs agreement in which the UK will collect both British and European tariffs.

The president also calls CNN a ‘fake news-operation’ again on Friday and refuses to answer a question from a CNN journalist.

UK and US Search for Thai Football Players in Cave, Chance of Survival Reduced