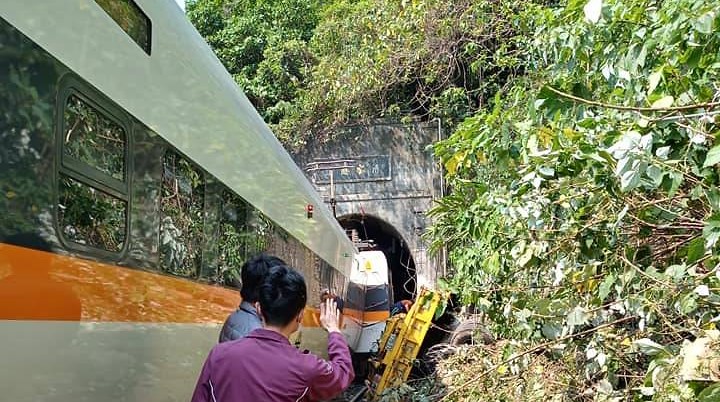 At least 51 people were killed by the derailment of a passenger train in Taiwan. It is the deadliest railway accident on the island in decades.

The train ran off the rails at a tunnel near the coastal city of Hualien. Police say the crash may have been caused by a maintenance vehicle.

According to the police chief, that vehicle was not properly parked and rolled from an elevation to the track, where it hit the speeding train. Images show that a yellow car is lying next to the train wagons.

The train carried about 480 passengers. Emergency services say that at least 146 people have been injured. The front of the train is in the tunnel and has been destroyed, but the damage would have been limited in the rear wagons.

Authorities say everyone was taken off the train, although dozens of rescuers were still there at nightfall.

Published in News and Taiwan