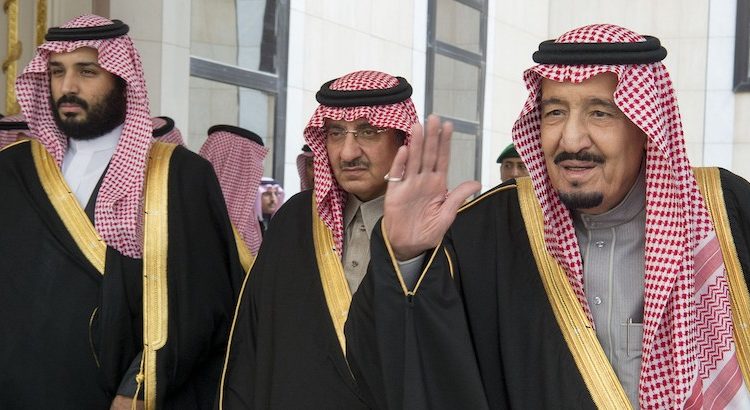 The Saudi authorities have arrested three members of the royal family. The arrests indicate that Crown Prince Mohammed bin Salman wants to strengthen his hold on power.

Putin Wins Referendum and Can Remain As…

The New York Times added that Prince Nayef’s younger brother was also arrested. The Saudi authorities did not respond to the reporting.

The arrests are seen as the most recent moves of the crown prince, who tries to strengthen his grip on power by putting religious and militant leaders, princes and essential business people under lock and key.

Crown Prince Mohammed bin Salman is the son of King Salman, who received fierce international criticism after the murder of Saudi journalist Jamal Khashoggi in the Saudi consulate in Istanbul in October 2018.

First Results of the Referendum in Russia: Vladimir Putin Will Probably Remain…

US Democrats: Trump Knew of Premiums for Killing US Military Personnel

Jul 3, 2020
The number of corona infections diagnosed worldwide has passed 11 million. The death toll from the…

Putin Wins Referendum and Can Remain As…

Jul 2, 2020
As expected, Russian President Vladimir Putin has won a significant victory in the referendum on…

First Results of the Referendum in…

Jul 1, 2020
The first results of the referendum on constitutional reform are known in Russia. Russian President…

US Democrats: Trump Knew of Premiums for…

Jun 30, 2020
According to Democrats, the political opponents of US President Trump, the President must have known…

Clear Way for Trump Administration for…

Jun 29, 2020
The way is clear for President Trump's US administration to carry out capital punishment. That would…

Jun 26, 2020
At least three people were fatally injured in a stabbing incident in the centre of the Scottish city…

There Will Be No Ban On the Publication…

Jun 25, 2020
There will be no ban on the publication of a book about President Trump and his family. A…

Clothing Brands Patagonia and The North…