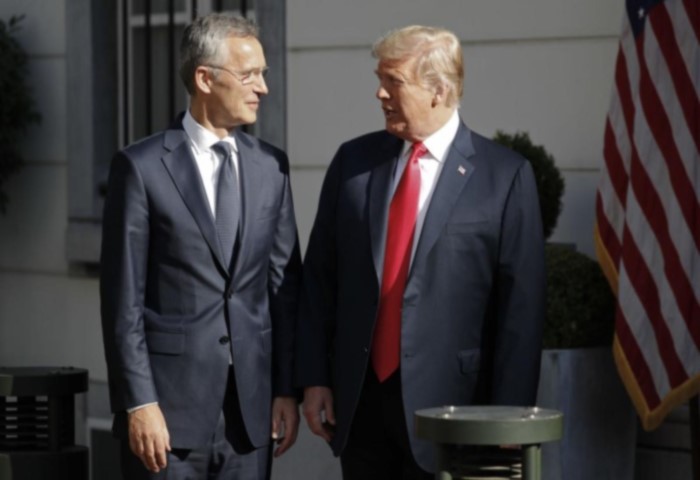 President Donald Trump: Germany is a Prisoner of Russia

The American president Donald Trump sharply pulled out to Germany at the NATO summit in Brussels. “Germany is completely controlled by Russia. The country is a prisoner of Russia. “

Trump thinks it is impossible for Germany to work closely with Russia on the construction of the Nord Stream 2 gas pipeline and in the meantime be protected by the US, published by MAG Mania.

The US president has been hammering for months that NATO countries must increase their defence spending to 2 percent of the gross national outcome, as agreed in 2014.

The leaders of the 29 NATO countries are together in Brussels for a two-day summit. They are greeted by NATO CEO Jens Stoltenberg at 1.15 pm, after which a group photo is taken, followed by the opening ceremony.

The first and most crucial work session starts at 2.30 pm. The administrators will agree to speed up the military response capacity, increase the readiness of the troops and encourage a ‘military highway’ through Europe. Two new command centres in the US and Germany hold the green light.

Published in Europe, Germany, News, Russia and US