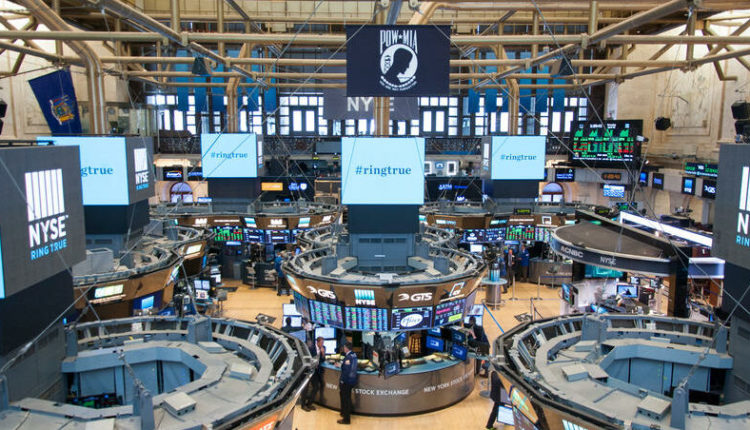 Stock exchanges in New York opened with a profit on Thursday. Investors on Wall Street are mainly focused on figures on weekly payment claims in the United States.

They turned out a little better than expected. The critical US jobs report will be released on Friday. In addition, labour market developments play an important role in the Federal Reserve’s monetary policy.

The Second Cold War has Begun, and Joe…

Claims for benefits last week came in at 340,000, while the average had been estimated at 345,000. That is the lowest level since mid-March last year before the corona crisis hit the US. If the labour market recovery weakens, the Fed may be more inclined to maintain economic stimulus programs. On Wednesday, there were disappointing figures from payslip processor ADP about job growth in the American business community.

Online pet food and accessories retailer Chewy was a notable decliner among the companies, down nearly 10 percent. Chewy released disappointing quarterly figures and outlook. On the other hand, chargePoint just won just under 9 percent. The company that operates charging stations for electric cars reported figures that investors very well received.

Other companies that opened the books included jewellery chain Signet Jewelers (up 8.3 percent), food manufacturer Hormel Foods (down 2.7 percent) and network equipment and software supplier Ciena, which rose a fraction.

New York-listed Chinese taxi app Didi Global was down 1.7 percent. Didi, along with other Chinese internet companies, has been sued by the Chinese authorities for illegal practices. The regulators accuse the companies of using unqualified drivers and vehicles.

Airline United Airlines advanced 0.6 percent. United has suspended operations at its major Newark interchange in the state of New Jersey due to flooding from the remnants of Hurricane Ida, according to news channel CNN.

World Trade Declines Due to Lower Import and Export from China

Sep 24, 2021
Globally, less was traded in July than a year earlier. According to the monthly World Trade Monitor,…

The Second Cold War has Begun, and Joe…

Sep 23, 2021
Aukus, the new US security pact with Australia and the UK, is ending the era of noncommittal towards…

WHO: Seven Million Deaths Each Year from…

Sep 22, 2021
Seven million people die every year from the effects of air pollution. Therefore, it is one of the…

Sep 21, 2021
A German project investigating whether Instagram is politically polarizing and promoting…

Sep 20, 2021
The concept of the Cold War is not something President Joe Biden believes in, the US president will…

World Economic Forum Back in Davos Next…

Sep 15, 2021
North Korea has fired two ballistic missiles, South Korean authorities said. It would be the first…
Prev Next 1 of 63
Sign in
Sign in