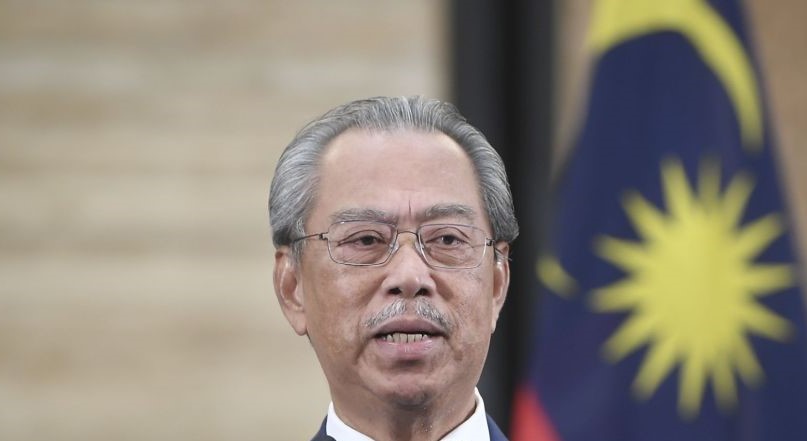 Malaysia is without a cabinet after Prime Minister Muhyiddin Yassin submitted his resignation to Malaysian King Sultan Abdullah on Monday due to a crisis of confidence. A successor is not in sight.

A spokesman for the royal family says elections are “not the best option” during the pandemic. That is why the king keeps 74-year-old Muhyiddin as interim prime minister until it becomes clear which politician can mobilize a majority in parliament. The deadlock could last for days, if not weeks.

This political rudderlessness, combined with the covid-19 problems in Malaysia, which currently has the highest infection and death rates in Southeast Asia, makes financial markets nervous. As a result, the value of the Malaysian ringgit fell to its lowest point this year.

Malaysia has been struggling with an exodus of foreign money for some time, while the country is 40 percent dependent on foreign lenders for financing its national debt.

Discontent with the corona policy and the way Muhyiddin has passed the increasingly suspicious parliament for months is the leading cause of the downfall of Muhyiddin, the shortest-serving prime minister in Malaysian history. After he took down the Nestor of Malaysian politics, Mahathir Mohamad (96), in 2020, he became prime minister himself based on a wafer-thin majority in parliament. Then, using the pandemic as an excuse, Muhyiddin sidelined the parliament for a long time.

Despite Muhyiddin declaring a state of emergency seven months ago, the number of infections continues to rise, with about 20,000 new cases every day. In addition, a rapid, aggressive vaccination campaign has had limited success, as only 27 percent of the population has been fully vaccinated. As a result, Muhyiddin’s corona policy is swinging from lockdown to easing and back again, causing regular health care to collapse and the death toll from corona to rise by some 360 deaths a day.

Covid-19 was a convenient excuse for Muhyiddin to avoid any debate with parliament: he has been responding by decree for months and, according to his critics, is mainly interested in his own political survival.

That cost him his position: last week, a handful of MPs from the most prominent governing party UMNO dropped him, despite his futile attempts to save his premiership by elevating an opposition leader to minister and parliament in September to hold a debate on the crisis of confidence. Promise. Under Malaysia’s constitution, the prime minister must resign if a parliamentary majority does not back him.

All eyes will be on the palace in the coming period, where Sultan Abdullah will receive politicians who may have the majority of parliament behind them. However, no candidate is sure of that. Muhyiddin’s deputy, former Deputy Prime Minister Ismail Sabri Yakoob, is rallying support for Muhyiddin to take over but encounters opposition and division over the best candidate in the most significant ruling party.

An alliance of three opposition parties is pushing their favourite Anwar Ibrahim forward, but that bloc has too few representatives for a majority. Then there is an 84-year-old prince and former finance minister Razaleigh Hamzah, who is considered a neutral candidate. Finally, it cannot be ruled out that Muhyiddin himself will be able to mobilize extra support: he was at least eleven seats short of staying on Friday.

In light of this deadlock, political heavyweight Mahathir, who was prime minister from 1981 to 2003, wants a national recovery council to be established, which will act as a business cabinet to tackle corona and revive the economy.

Published in Malaysia and News