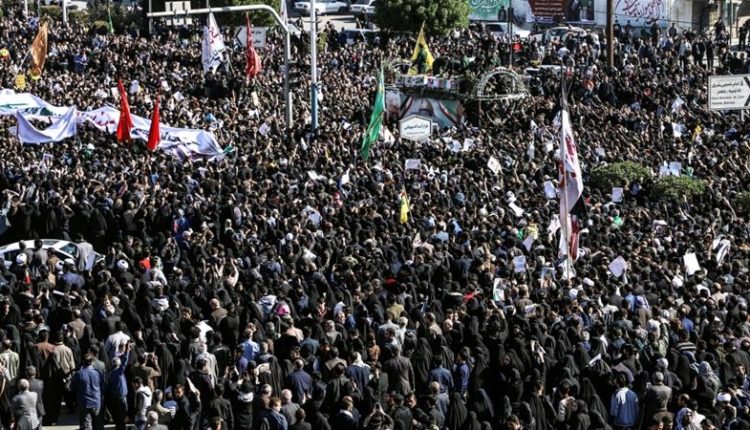 In the western Iranian city of Ahwaz, tens of thousands of grieving people have come to the streets to greet the body of Qassam Soleimani, the general of the Revolutionary Guards who was killed on Friday in an American attack in Iraq.

The mourning is spread over numerous Shiite holy cities in Iran and Iraq and therefore fits into a significant propaganda story of the regime.

Large masses of grieving Shiites had appeared yesterday at similar processions in the Iraqi capital of Baghdad and the Shiite holy cities of Najaf and Karbala in southern Iraq.

The body of Soleimani and his companions have now been transferred to Iran, more specifically to the oil town of Ahwaz in the southwest of the country. A large mass of grieving people is gathered there too.

Ahwaz is not a coincidental choice: that city was the battlefield for eight years during the war with Saddam Hussein’s Iraq (1980-1988) and was then destroyed. The young Soleimani fought in that war to beat back the Iraqi army. Ahwaz has since been a symbol of Iran’s persistent resistance to foreign enemies.

Later in the day, the bodies of Soleimani and his companions flew in for a new procession, this time in Mashhad in northeastern Iran.

There too, a lot of people were on the move. Mashhad is one of the holiest cities for the Shiites and more than 20 million pilgrims come to mosques and influential religious schools every year.