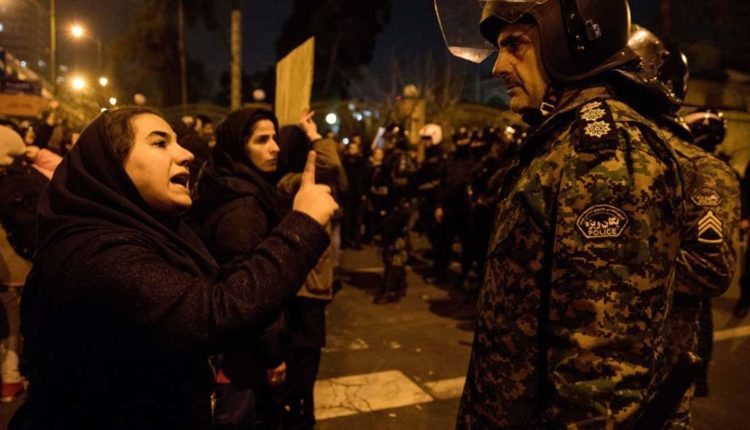 The Iranian security forces have shot at peaceful demonstrators with pointed air-pressure bullets during protests against the downing of the Ukrainian passenger plane.

That is what human rights organisation Amnesty International says. These air pressure balls are used for hunting small game and cause painful injuries and bleeding.

Amnesty relies on testimonials and images that the organisation has investigated and verified. These images were made during the protests on 11 and 12 January.

People then took to the streets, furious because, after days of denial, Iran finally admitted that it had accidentally shot down an airliner. One hundred seventy-six people were killed, most of them Iranians and Canadians of Iranian descent.

The images show how demonstrators are beaten with batons, and there are images of police officers with guns – although it is not clear which ammunition they are loaded with.

There are also images of people lying on the floor in a pool of blood, and there are X-rays of injuries on which clearly pointed air pressure balls can be seen. One witness reports that armed security people were present in civilians everywhere in the demonstrations.