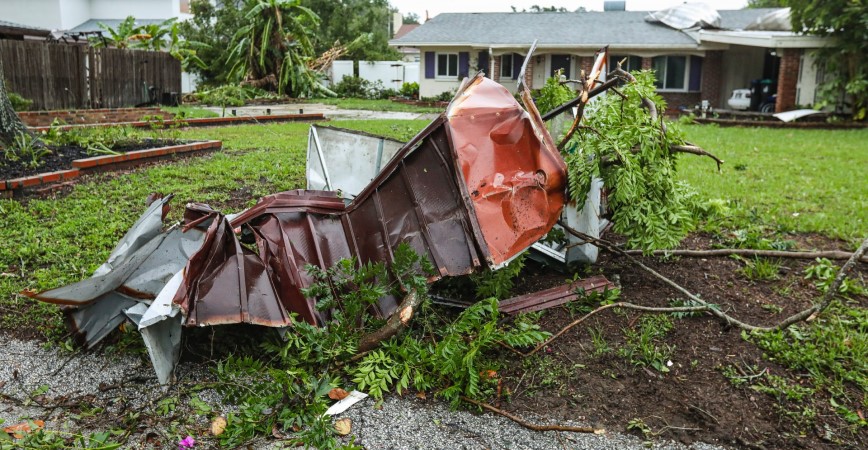 The damage caused by Hurricane Ida in the US state of Louisiana is ‘catastrophic’. So says Governor John Bel Edwards. So far, there has been one fatality, but although Ida has now weakened to a tropical storm, that number could rise significantly. More than 1 million families in and around New Orleans are still without power.

The fatality fell in Prairieville, south of the capital Baton Rouge after a tree fell. Governor John Bel Edwards expects the number of deaths to increase “significantly”. Edwards said that rescue and recovery operations in Louisiana have been slow at times because many roads were impassable due to the debris. “The damage is truly catastrophic,” he said. He expects the reconstruction to take weeks, even months.

As a category four hurricane (on a scale of five, ed.) Ida made landfall southwest of the city of New Orleans on Sunday with wind speeds of up to 150 miles per hour. In the meantime, Ida has weakened to a category 4 tropical storm, and the wind speed has dropped to 80 kilometres per hour.

The danger has not yet passed. “The main danger will come from flash floods,” the National Hurricane Center warns. A total of 450 to 500 litres per square meter is expected for some parts of Louisiana. At the moment, the area around Baton Rouge is especially affected, and the precipitation is shifting to Mississippi. From the south coast, the rainy zone will move further to the east coast this week.

There are also reports of damage in the coastal area, and the water threatens to flood some dikes. In a district next to New Orleans, 22 barges from ships have drifted. The wind has blown over many trees. In addition, the rising water creates dangerous situations.