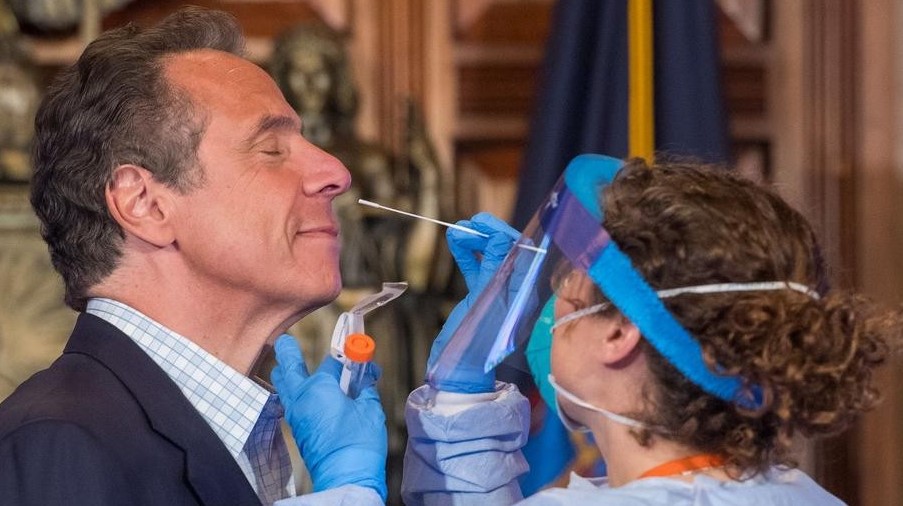 For the New York governor, the scandal surrounding sexual harassment of female employees is getting tighter. A close confidante throws in; the broadcast of an interview with a plaintiff could put him on the defensive.

New York Governor Andrew Cuomo is coming under increasing pressure in his struggle for political survival. His close colleague Melissa DeRosa announced her resignation on Sunday. In addition, the broadcast of a TV interview planned for Monday (today) with a former assistant who was the first woman to file a criminal complaint against the governor for sexual assault could drive him further into the corner. On the same day, the judiciary committee in the lower house of the New York State Parliament also discusses the possible procedure for initiating impeachment proceedings.

Cuomo’s previous top strategist DeRosa gave no specific reason for her resignation. But the past two years have been emotionally and mentally challenging for them, it said in their statement. After Cuomo, DeRosa was considered the most famous face of the New York State government, of which she had been a member since 2013.

DeRosa had often defended her ex-boss from public criticism. She was considered one of the essential members of Cuomo’s advisory group, and she was always at his side at his press

Last Tuesday, an investigation report found that Cuomo had sexually molested 11 women inside and outside his government. Attorney General Letitia James said that two outside lawyers had found out in conversations with 179 people that Cuomo’s government was “a hostile work environment full of fear and intimidation,” said Attorney General Letitia James. Eleven women stated that Cuomo touched them against their will, commented on their appearance or made allusions about their love life.

DeRosa’s name is mentioned almost 190 times in the report. According to this, she should play a central role in the retaliation of the Cuomo government against one of the women who first came to the public with the allegations against the governor. However, there is also talk of tensions between Cuomo and DeRosa: She told experts that she was so upset when the governor had a conversation with a suspect that she got out of his company car when it stopped at a traffic light in the investigation report.

Since its release, several top Democrats, including President Joe Biden, have called on Cuomo to step down. The governor denies touching any woman inappropriately. His defence lawyers have criticized the investigation report as biased and questioned the suspects’ credibility and motives. On CNN, one should be prepared for a protracted fight to stay in office, announced his lawyer Rita Glavin. Cuomo is not thinking of resigning.

Around two-thirds of the MPs in the New York House of Commons are now favouring impeachment proceedings if he does not go on his own. At the chamber’s judicial body meeting, the conclusion of the investigation that has been ongoing for months into the question of whether there are sufficient reasons for so-called impeachment should be discussed.

It’s not just about the harassment allegations, but allegations that he misled the public about corona outbreaks in nursing homes and used state funds and staff for a multi-million dollar book deal. Some MPs want an impeachment vote in a matter of days, but Judges Committee members say the investigation could not be over for a month.

Meanwhile, he was also threatened with criminal investigations. At least five district attorneys have requested documents from the attorney general’s recent investigation.