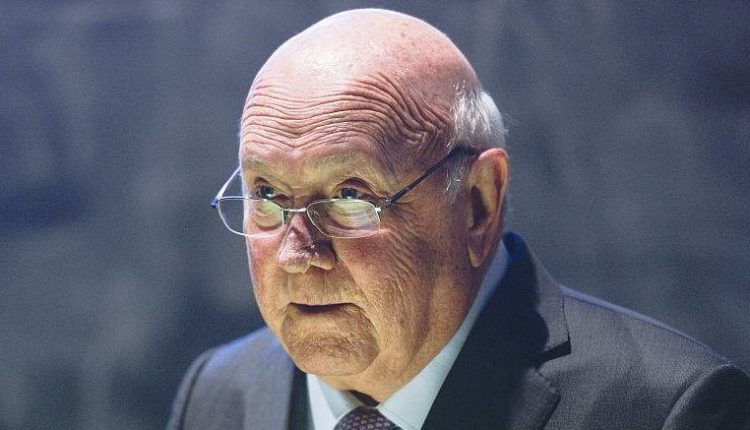 South Africa will mourn for four days from sunset on Wednesday in honour of the late former president Frederik Willem de Klerk. The last head of state throughout the apartheid era died of cancer on Thursday at the age of 85.

De Klerk will not receive a state funeral. He will be buried on Sunday in the presence of a limited number of people. The government will later organize a memorial service.

De Klerk, president from 1989 to May 1994, played a pivotal role in the transition from a white minority regime to democratic elections and the African National Congress (ANC) government of Nelson Mandela.

De Klerk was also vice president under him. They were jointly awarded the Nobel Peace Prize in 1993.