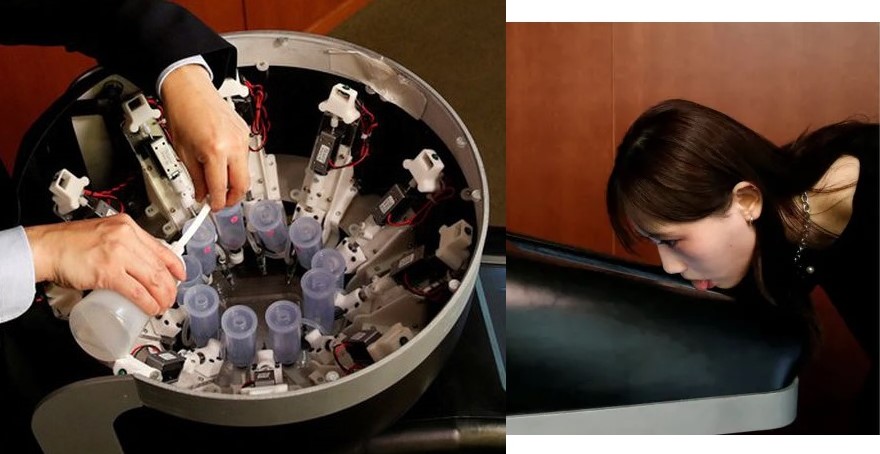 If we look at Daily food in the future, we will not only get to see what Jeroen Meus makes, but we will also be able to taste it. A Japanese pro has designed a lick TV. By licking the screen, you also taste what you see.

Let it be clear: it will be a few years before you have such a lick TV in your living room. But they are working on it. And it works.

Named “Taste the TV”, the device uses a carousel of ten “flavour cartridges” that combine to deliver the flavour and aroma of a particular type of food. The substance is then sprayed onto a hygienic foil that has been rolled over a flat TV screen so that the TV viewer can lick the screen.

It seems a little strange, someone licking a TV. But according to Professor Homei Miyashita of Meiji University in Tokyo, it has everything to succeed. And once everyone has such a TV, it will be the most natural thing in the world to lick our TV when we see something delicious to taste the taste. “People will be able to taste the food from the best restaurants in the world, among other things, without going outside.”

The pro is now trying to commercialize the prototype of the ‘lick TV’. Many large multimedia companies are already interested, and it sounds like. A commercial version could be put on the market for about 750 pounds.

Yuki Hou, a student at Meiji University who was able to try out ‘Taste the TV’, was already very enthusiastic. “It really does taste like milk chocolate,” she said after running her tongue across the screen.