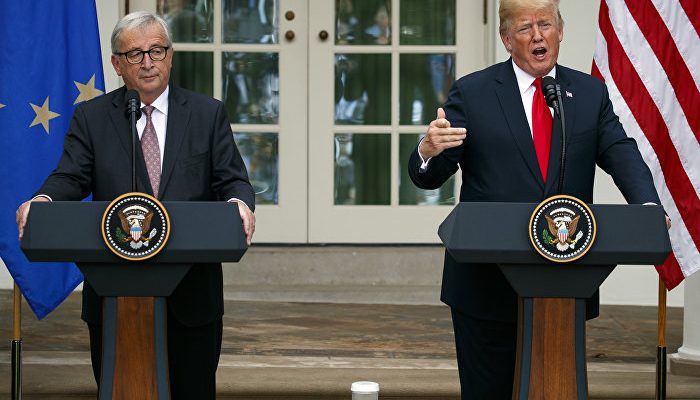 EU Resolves Other Promises To Trump

EU Resolves other Promises to Trump and now Wants action from Americans. The European Union has been ensuring for years to import more American liquefied gas.

Jean-Claude Juncker, the President of the European Commission, now wants the Americans to fulfil their share of the deal by removing bureaucratic obstacles.

The import of American liquefied gas has been growing steadily since April 2016, from 0 to 2.8 billion cubic meters, the European Commission announced this week.

US President Donald Trump and Juncker made some agreements at the end of July. With that, the aggressive trade war was nipped in the bud.

An essential part of this was that the European Union would import more liquefied gas and soya beans.

According to Juncker, it is now up to the Americans to make their share of the agreements.

The US must do its bit by eliminating the administrative constraints on liquefied natural gas exports, and both parties have much to gain from cooperation on the area of energy.

Less than half of the gas consumed in the EU comes from the EU Member States.

The rest is imported, mainly from Russia (39 percent of imports) and Norway (30 percent).

An increasingly large proportion of that imported gas is liquid gas. In 2017, that share was 14 percent.

Most of the liquefied gas comes from Qatar (41 percent), which is also the world’s largest supplier of LNG.

About 4 percent of the LNG imported in 2017 came from the United States.

The growing import of LNG is the second promise from Juncker to Trump for which little or nothing needs to be done.

Earlier this month it appeared that the European Union already imported more American soybeans in July.

Such rates were seen by, among others, Angela Merkel as the starting signal of a ‘real trade war’.

But not all import tariffs are off the track. The tax on European aluminium and steel is still in force in the US.

And European retaliatory measures (such as rates on jeans and motorcycles) are also still in effect.

Published in Europe, News, US and World