TravelEntertainment
By Arthur Perry On Jul 12, 2018 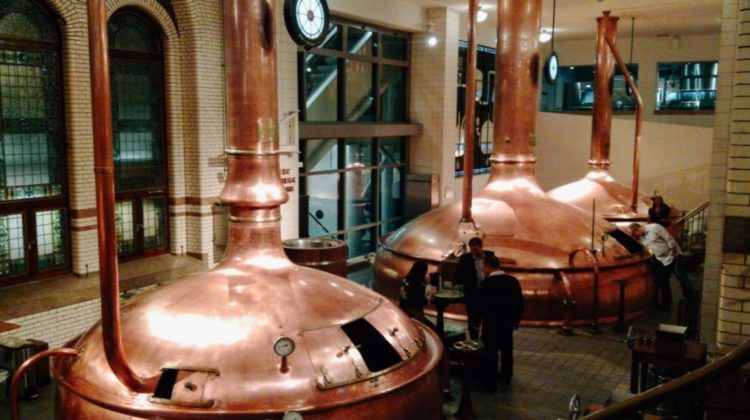 Embattled Heroes-Amsterdam’s Independent Breweries Keep Defying the Odds. They’re renegades from the laws of the market. They have defied expectations at every turn. They have taken on some of the most powerful and monopolistic companies in one of the most inhospitable markets in the world.

They have survived because of the quality of their products, the dedication of their employees, through the support of enthusiastic good wishers and loyal customers, and, well… Because they’re just plain tough.

They are Amsterdam’s independent craft breweries, and they have gone from waging guerrilla warfare against better equipped and better-funded competitors to have entrenched themselves in the Dutch beer market. Today most Amsterdam brewery tour services, popular with visitors, can show you around some of these plucky breweries and give you a sense of the exciting work their doing and the raw passion they bring to brewing.

The Best of the Best
Any Amsterdam brewery tour worth its salt will introduce you to at least one of the key players in the craft beer scene, De Prael, Brouwerij t’IJ, Oedipus or the Three Sisters. Amsterdam’s craft breweries enjoy a friendly rivalry, especially when compared with the ire they reserve for “the big four”, the major breweries in Amsterdam which some brewers claim have caused almost irrevocable damage to brewing in the Netherlands.

Leading the way among these stand Brouwerik t’IJ, the brewery that showed the world that brands like Heineken could be challenged successfully by a determined newcomer.

Beer from the Desert
Brouwerij t’IJ makes a clear statement about its place in the beer market with its logo. The brewery’s symbol is an Ostrich (the favoured animal of its founder), stood next to a windmill in the middle of a desert. The desert is meant to symbolise the state of the beer market when Brouwerij t’IJ opened in 1986.

It was founded by Kaspar Peterson, a former musician who felt that the popular boycott of big-name beers taking place in Amsterdam at the time had created a niche market. But Peterson saw more than simply an opening – he saw a wound. The beer was a huge part of Dutch culture between the 15th and 19th centuries.

Breweries proliferated, and there was an incredible diversity in the market. This ended with the arrival of mega-brewers like Heineken. These big breweries flooded the market with cheap pilsner, unknown in the Netherlands beforehand.

Beer Renaissance in Amsterdam
Today Amsterdam brewery tour leaders proudly tout the new renaissance going on in brewing inside the Dutch capital. Visits to breweries like De Prael show how these breweries are making their success through the high quality of their beer. This starts at the most basic level – for instance instead of the more popular and “fashionable” green or clear glass bottles, De Prael favours brown glass that preserves the quality of its beer.

De Prael specialises in hop heavy experimental beers while maintaining an impressive selection of regulars. Current favourites are the anti-hangover beer and a superb Barley Wine, a powerful traditional beer.

With These Tips, You will Relax on Honeymoon

Dwayne Johnson After Drama with Alec Baldwin: I’ll Never Use Real Weapons on…