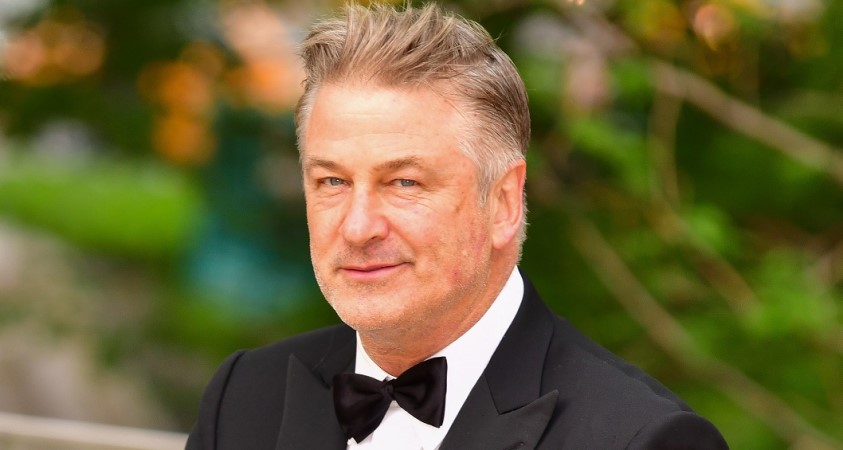 The bullying text refers to the tragic incident during the shooting of a film where actor Alec Baldwin accidentally shot camerawoman Halyna Hutchins last week. To give Baldwin an extra rub, Trump Jr. touted his T-shirts on his Instagram account with a manipulated photo of the actor wearing the T-shirt himself.

Every day since the shooting incident, Trump Jr. has been joking about Baldwin, who did not know that the gun was loaded with real bullets.

“Let’s all see how Baldwin blames the gun,” Trump Jr. gloated on Instagram. In doing so, he alluded to Baldwin’s reputation as a proponent of stricter gun laws. The answer from the Republicans and the gun lobby is invariable: “Guns don’t kill; it’s the people.”

In a photo of the actor on Instagram, Trump jr. Baldwin is described as an “anti-gun bastard” who “kills more people with guns than your extensive gun collection has ever done.”

Trump Jr. received a wave of criticism for trying to capitalize on the tragedy on the film set, but he was not impressed. “You can get on my back with all this hypocrisy I see around me,” he responded. “If it had been someone else, Alec Baldwin would have been the first to piss on everyone’s grave to make his point. Fuck him.”

The campaign against Baldwin appears to be primarily aimed at getting him paid for President Trump’s Saturday Night Live parody, which was a resounding success in anti-Trump circles. However, the president himself also regularly complained about Baldwin’s “unfunny” impersonations of him on the “boring Saturday Night Live on Fake News NBC”. “The question is how the stations get away with these attacks on Republicans without getting paid,” Trump added.