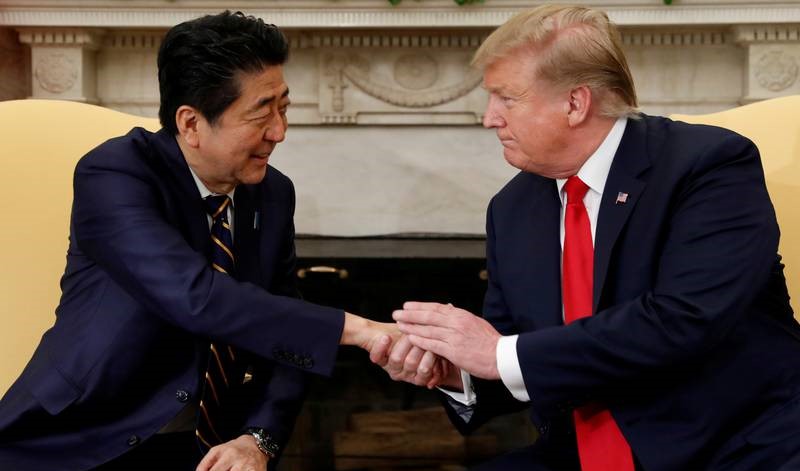 Donald Trump and Shinzo Abe: Stop Importing Iranian Oil. US President Donald Trump and Japanese Prime Minister Shinzo Abe have underlined their shared desire to end the import of Iranian oil during their meeting at the White House.

That is what the American ambassador to Japan William Hagerty said to media representatives on Saturday.

The two leaders would like to see the Islamic Republic of Iran “change its course and take a more peaceful path,” said Hagerty.

Trump and Abe also discussed enforcement of sanctions against North Korea and the production of Japanese cars in the US.

Trump wants to deal with that. He also informed Abe of his intention to attend the G20 in Japan in June.

Published in Japan, News, US and World