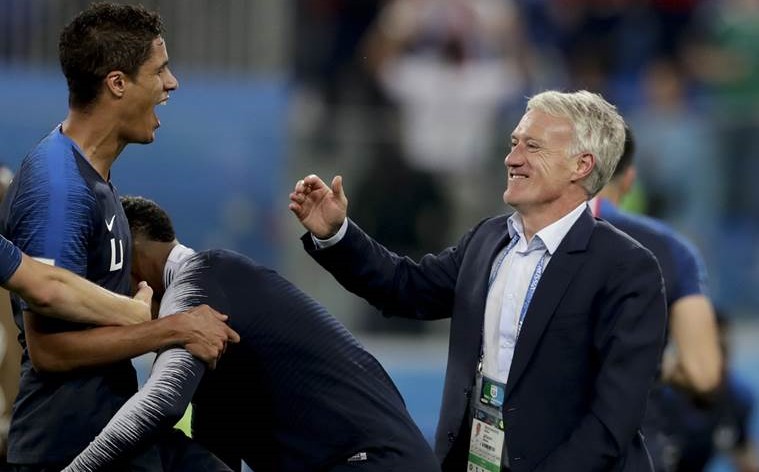 Deschamps: Very Happy after a Tough Match against Belgium

French national team coach Didier Deschamps was very happy after the victory of ‘Les Bleus’ in the semifinals of the World Cup against the Red Devils (1-0). Deschamps also praised the Belgian national team which he found ‘very strong’.

‘This is exceptional’, Deschamps stammered afterwards. ‘I am happy for my players. They are young, but they have shown character and mentality. It was a tough match against a strong Belgian team, but that one goal from Umtiti was enough, posted by Down Town News.

We had to work hard defensively and were able to counter the occasional counterattack. A big congratulations to the players and my staff. We are in the final and tomorrow we can quietly see who our opponent will be. ‘

‘I feel a lot of pride’, Deschamps continued. “We have been together for 49 days. Many, also difficult, things happen. But that is normal in such a large group. Everyone deserves it for my staff too.

During the match, the players have cleared it. The lost final of two years ago (at the European Championships in Belgium, ed.) Is still not completely digested. It always stayed in our minds. Now we can settle the bill. “