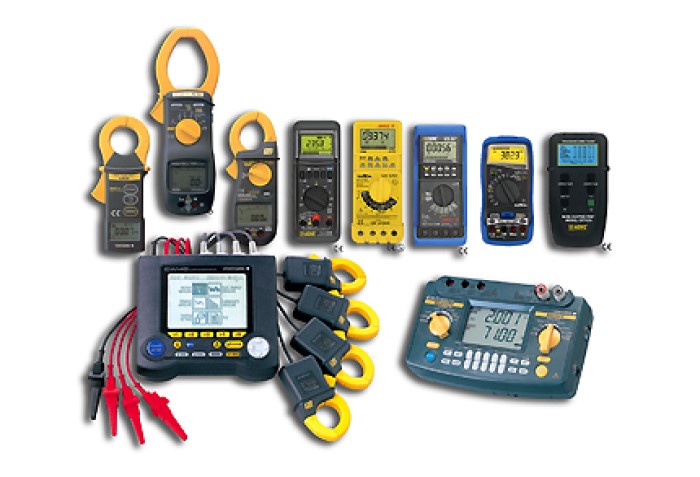 What is an electrical measuring instrument?

Electrical measuring instruments are the instruments that are used for measuring the voltage, power, and current, and for this, they use the mechanical movement of electromagnetic. These are used on a large scale in the industries. With that, they can are used in the house for an emergency. One must know all about these instruments before buying, especially for the home.

Electrical technicians usually use these measuring devices to check the electrical activity and also the presence of voltage and current. Current and voltage are the two things on which electrical measurement depends while measuring the frequency we will measure the frequency of the current signal or the voltage signal.

Depending on the type of test functions here are some of the electrical measuring instruments:

This is the measuring device which we use for measuring the electric current in ampere. An ammeter is placed in series in the circuit, and the current must be flowing through the ammeter. It is because the object in the series has the same current. Types of ammeter:

This is the device that is considered a type of galvanometer. A voltmeter is for measuring the voltage potential of an electrical circuit or the potential difference between two points. Voltage is measured when the current transmit in a circuit through resistance; a voltmeter can also be used for measuring current, voltage, and resistance. The voltmeter must have high resistance so that the current or voltage associated with the circuit doesn’t affect it. Types of voltmeter:

The measuring device which we can be used for making various electrical measurements. Multimeter, as the name suggests, can do multiple tasks like measures the AC and DC voltage, AC and DC and resistance. Types of multimeter:

This is the first type of ammeter that detects and measures electric current. The galvanometer also shows a direct current flow. As the current flows through the coil, which acts as spring, the magnetic field his created, and the result is the movement of the needle indicator.

To measure the large current shunt is used in ammeters. It also acts as a resistor and the known quantity of the resistance that has an accurate reading. Analog to digital converter is used in an ammeter to measure the current across the shunt.

More from TECHMore posts in TECH »