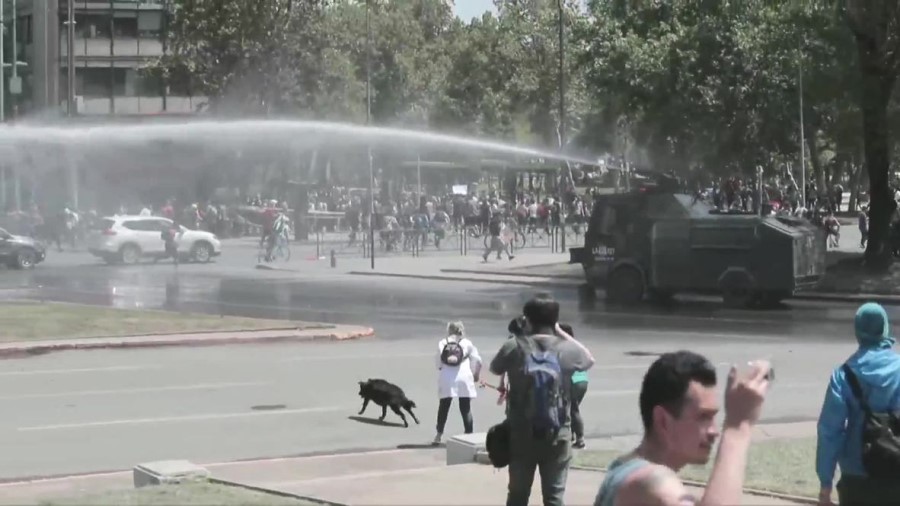 Chile: The Police Use Water Cannons against K-Pop Demonstrators

Chile: The Police Use Water Cannons against K-Pop Demonstrators. Thousands of demonstrators gathered in a new protest against the Chilean government in capital city Santiago.

They did so in theme K-pop, or Korean pop, after Chilean president Sebastian Pinera blamed the Korean music genre for the wave of street protests.

The riot police drove the demonstrators apart with tear gas and water cannons.

According to President Pinera, analyses of social media activity at the height of the unrest show that fans of K-pop culture tweet the most actively about street protests.

One of the main demands of the demonstrators is a renewal of the current constitution, which dates from 1980 under the dictatorship of General Augusto Pinochet.

On Friday, the Chilean president signed a decree for a referendum on 26 April. At the referendum, voters have to decide whether they want a new constitution and who should work it out.

Published in Chile and News