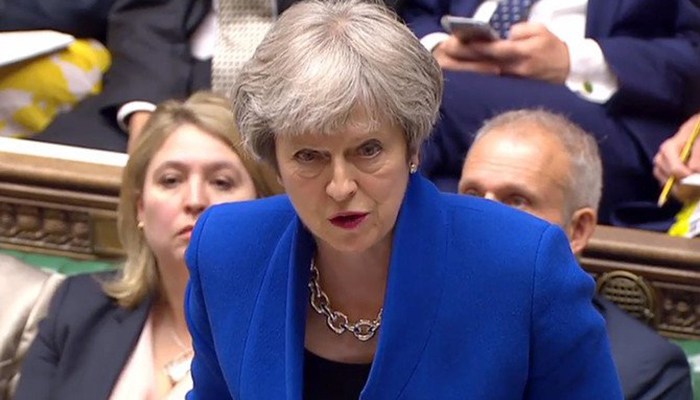 May writes that “unnecessarily harmful disruption” should be withdrawn, citing the example of the border between the European Ireland and British Northern Ireland.

“To avoid a hard limit, we need frictionless traffic of goods,” she states.

On the Irish island, according to EU negotiator Michel Barnier,

checks will be needed on goods traffic between the two areas to guarantee the Brexit border.

According to him, this could be relatively soft actions such as boat and factory inspections, Barnier reported on Tuesday.

May is critical about this and asks for a “fair arrangement”. “Both sides can not ask the unacceptable of the other,

such as an external customs border between different parts of the United Kingdom.”

May presents Wednesday plan at an EU summit
The letter comes just before the informal two-day EU summit that begins in Salzburg tonight.

There May will once again give her plan, also called the Checkers plan.

The program is named after the prime minister’s country house.

After that, the remaining 27 heads of government get the proposals without reviewing it.

Ideally, an agreement will be reached at an extraordinary summit in November.

‘Second referendum still an option’
Incidentally, there were again votes on Wednesday to submit the Brexit once again to British citizens.

According to Mel Stride of the British Treasury, a new referendum is possible if the legislators refuse the plan.

However, according to him, the wing of the party that is in support of a Brexit is against it.

These politicians would fear that there would be no Brexit at all. “That danger is real”, says Stride.