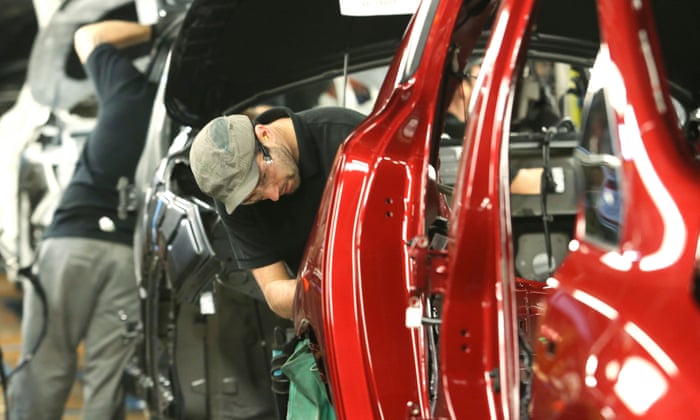 British Car Production Fall Back to 1980s Level in Case of Hard Brexit. In the case of a hard Brexit without agreement with the European Union, British car production could fall back to the 1980s level, with only 1.07 million cars produced in 2021.

In the first quarter of 2019, 370,289 cars were built in Great Britain, or 16 percent less than during the first three months of last year.

The fall in production was for both the domestic market (-11.7 percent) and the foreign market (-17 percent). In March, production decreased by 14.4 percent.

The weak demand in the Asian and European markets was an essential factor in the fall in production, as were the changes in models.

In the case of fruitful negotiations for the Brexit, with a favourable agreement and a transitional period, the production of cars in Great Britain this year would amount to 1.36 million units, after 1.52 million in 2018. Next, a further increase to 1.42 million units in 2021.