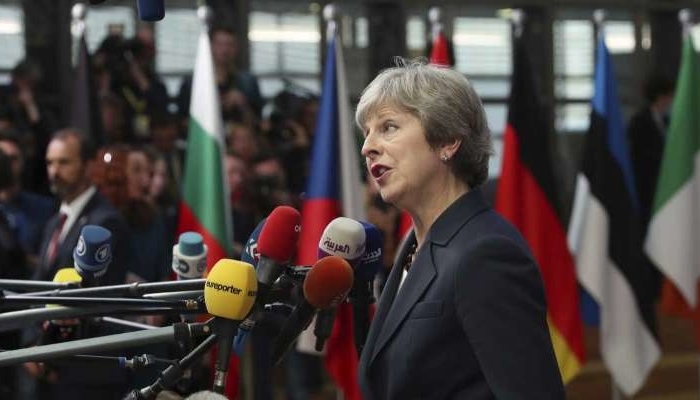 Brexit Summit In November Of The Job

Brexit summit in November of the Job until EU negotiator Reports Progress. The Brexit summit that would take place on 17 and 18 November to reach agreement on the exit of the United Kingdom from the EU has been cancelled.

Also, the leaders of the remaining 27 EU member states have decided on Wednesday to meet again only when the discussions are taking place.

“The 27 leaders note that, despite intensive negotiations, not enough progress has been made,” said a spokesperson.

The British Prime Minister Theresa May was also in Brussels on Wednesday, where she addressed to the 27 other EU leaders about the Brexit for a quarter of an hour.

She did not make new plans, according to the President of the European Parliament, Antonio Tajani, after her speech.

“Her tone was that of someone who wants to continue the negotiations, her political message and body language were positive,

but we have not heard anything new regarding content,” he said.

May gave her opinions on developments and then left the building where the other leaders started their Brexit consultations.

The British Prime Minister was not allowed to attend.

Tajani stated he wanted to remain optimistic. The EU parliament must maintain a Brexit agreement.

Tajani said that there is time until March next year.

Initially, leaders talked about the planned summit in November as the last opportunity to come up with a Brexit agreement in time.

EU President Tusk is less optimistic than May
The positive tone of May that Tajani spoke about could also be observed earlier on Wednesday.

The British Prime Minister said that all parties want a deal and that she believes possible in accomplishing.

“We solved most problems,” said May.

EU President Donald Tusk dampened expectations. “A no-deal situation is more likely than ever before,” he said.

Tusk added that he is confident that a better solution can be found.

He finds it particularly important that Brexit does not harm EU citizens.