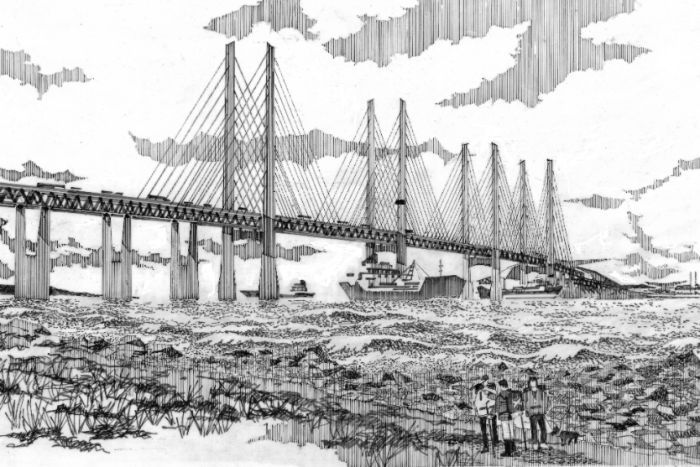 The British government confirmed on Monday that work is being done on the construction plans.

The bridge, which is likely to be 34 kilometres long and is to be built between Portpatrick in Scotland and Larne in Northern Ireland, is part of Johnson’s plan to breathe new life into British infrastructure.

The bridge is expected to resemble the Öresund Bridge, the bridge between Sweden and Denmark. That bridge also has two train tracks. More than 60,000 travellers pass through it every day.

Critics find the plan a waste of money and are afraid that it will fail, just like the Garden Bridge proposal failed in 2014.

Johnson, then mayor of London, oversaw that proposal for a pedestrian bridge with trees and plants over the River Thames. The project cost a lot of money, but the bridge never came.