EntertainmentNews
By Arthur Perry On Apr 8, 2021 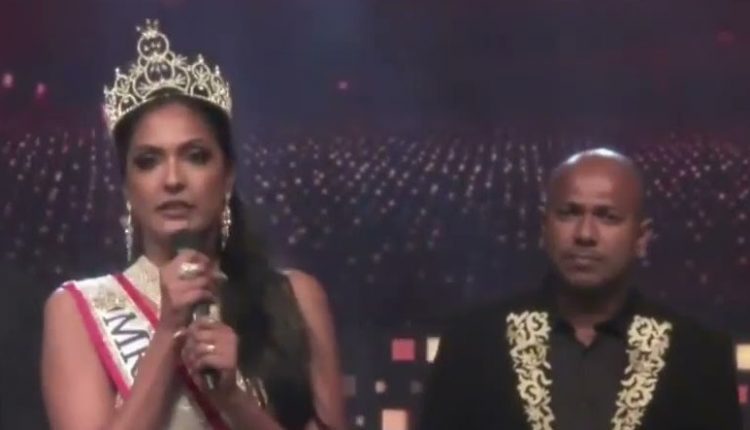 Mrs Sri Lanka’s crown was taken from her head during the television ceremony because she is divorced. Now she advocates for single women like her: “I dedicate my crown to them”.

The woman who took the crown has been arrested and released on bail.

You can’t be married for the Miss World pageant, but you have to marry Mrs World. That criterion recently caused chaos on the podium in Sri Lanka, where the local Mrs was elected.

Pushpika De Silva emerged as the winner and was consequently crowned. Until the reigning Mrs World, Caroline Jurie, at the supreme moment snatched the crown and put it on the head of the first lady of honour. Reason for that: the winner would be divorced. After that, he left the stage crying. Live on Sri Lankan television.

Mrs Sri Lanka De Silva later stated that she is not divorced but lives separately from her husband. And she stands up for all Sri Lankan women in her situation: “We have many single mothers who suffer and have to raise their children alone. I dedicate my crown to them.”

The crown incident also gets a legal follow-up: the police have arrested Mrs World Caroline Jurie, along with a second woman. In the meantime, Jurie has been released on bail. The victim, Mrs Sri Lanka, wants to go to court. She has since been re-crowned. The organization of the Mrs World election has opened an investigation into the incident.