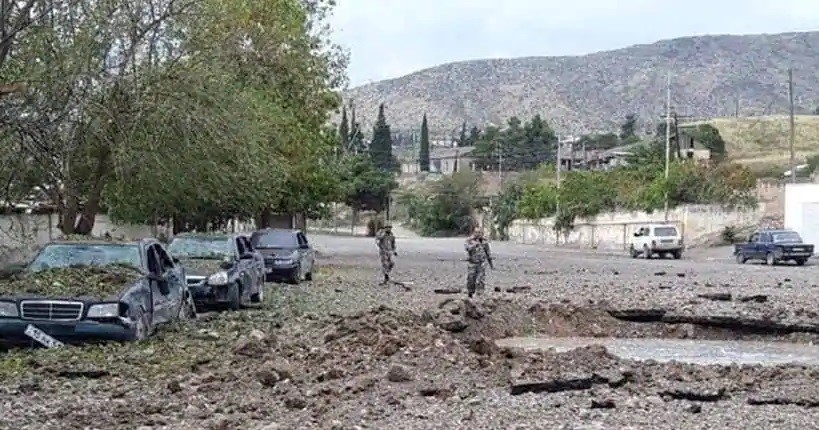 Azerbaijan Brings Parts of Nagorno-Karabakh Under Its Control

Azerbaijan has conquered several places in Nagorno-Karabakh in the conflict with Armenia over the disputed region. Both parties and regional authorities said that on Wednesday.

Azerbaijan has managed to move the front more in-depth into the conflict zone, Arayik Harutyunyan, Nagorno-Karabakh’s regional leader, said in a statement.

Armenia’s army confirmed that Azerbaijan’s forces have managed to take even more areas under their control. Yerevan thus officially confirms the advance of its opponent for the first time.

Azerbaijani President Ilham Aliyev tweeted that the Azerbaijani army had captured eight villages. Baku said the military has now taken a total of 45 places in Nagorno-Karabakh, which the Armenian army had initially denied. State television in Azerbaijan showed people celebrating with fireworks in the streets.

Armenia has reported hundreds of victims in the conflict that started on September 27. Azerbaijan has not disclosed the number of casualties on its side, although it did say 43 civilians were killed.

Nagorno-Karabakh, which has a population of about 145,000, is controlled by Armenian armed forces but recognized by the United Nations as part of predominantly Muslim Azerbaijan.

Published in Azerbaijan and News