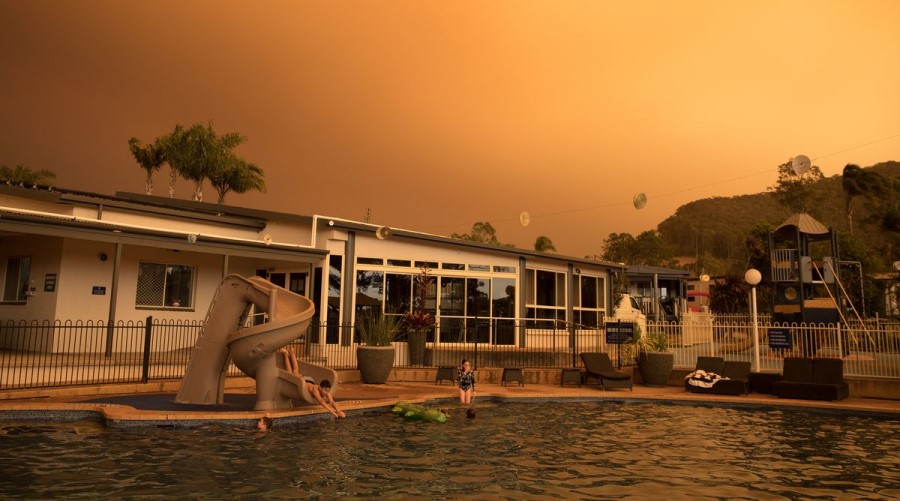 While firefighters in Southeastern Australia tried to extinguish the fiercest forest fires in decades, a new disaster emerged in the Northwest. Cyclone Blake landed there. The damage was limited.

Yesterday, the tropical storm hit gusts of around 100 kilometres per hour. It also rains a lot in the area. Blake is the first tropical cyclone to land in Australia this season, but the damage has been limited.

Authorities have advised Northwestern residents to prepare an emergency kit with a first aid kit, a flashlight, a portable radio, food and water.

The cyclone is unlikely to affect forest fires on the other side of Australia.

Large areas in the states of New South Wales, Victoria and South Australia go up in flames there. Extreme temperatures have fallen at the moment, but another heatwave is expected at the end of the week. 25 people were killed in the fires, and around 1800 houses were destroyed.

In connection with the forest fires, 24 people have been arrested for arson since the outbreaks, New South Wales police report.

Some of them lit fire despite a ban, and others threw a burning cigarette or match into the bone-dry landscape. The penalties can run up to 21 years.