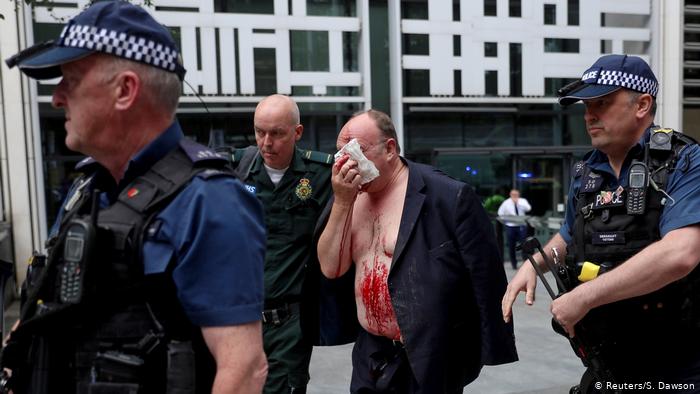 On Marsham Street, near the headquarters of the Home Office in London, a man was stabbed with a knife. It is not yet clear whether this is a terrorist act, but it is striking that a stabbing takes place in the heavily guarded government district.

A press photographer from the British agency Reuters reported this afternoon of a bloody man near the Ministry of the Interior, not far from the London parliament building. There was also a significant police presence.

Shortly after that the police reported that someone had been attacked with a knife. The victim was carried away with blood, but would not be in danger. The police could overpower the perpetrator. There is still no clarity about his motives.

According to the police, there are no indications of a terrorist act for the time being, but that is not excluded either. In the past, Muslim terrorists have often attacked people with knives in London.

There has been a real scourge of attacks with knives in recent months. Often it is about attacks by criminals or settlements in the drug environment.

Firearms are not that easy to get in the UK and knives, or daggers are an alternative. What is striking is that today’s stabbing took place near an important ministry responsible for the security and in the heavily guarded government district.